Since early 2020, a pirated version of Wilcom’s EmbroideryStudio e4.2 has been made available for download on several social media and e-commerce platforms. Following the initial crack, there have been many pirate software vendors offering updated counterfeit copies of Wilcom EmbroideryStudio for sale.

Some vendors have falsely advertised later versions of the same pirated software as being EmbroideryStudio e4.5.

Wilcom published a warning on their social media platforms as well as to all Wilcom EmbroideryStudio software users on the 15th July 2020. However by this time, the pirated software had been in circulation and actively used for several months.

Wilcom has been approached by some businesses that have reported the corruption of their computer files, including embroidery design files. In ALL reported cases, Wilcom has been able to verify the use of pirated EmbroideryStudio software.

It is extremely important to note that third party contractors providing outsourced digitizing services using pirated Wilcom software may supply corrupted files to customers. Those files will not be able to be opened by the customer,

even if the customer is using genuine Wilcom software.

Unfortunately, Wilcom is unable to assist customers in recovering their embroidery files. They will need to be recreated using genuine software, avoiding the risk of the file corruption re-occurring.

This is an ongoing problem, as pirated copies of EmbroideryStudio e4.2 continue to be distributed.

Corruption of embroidery files result from the use of pirated Wilcom software is not a matter which Wilcom Support can assist with. 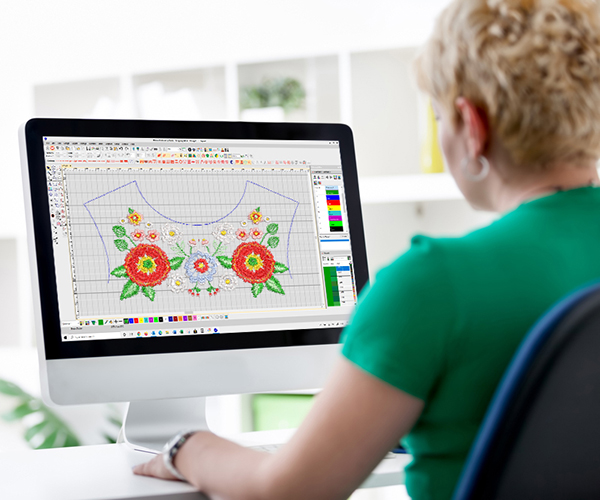 Even if a customer owns a genuine Wilcom software license, they need to ensure that their outsourced work is done with a contractor using genuine software. If they use pirated software, then open, edit or create an embroidery file, it can become corrupted and unable to be opened by any version of Wilcom software.

Protect your business from pirated software and those who distribute it and use it.