A-B Emblem, the Company behind the NASA Patches

Their history, philosophy and insights into what makes their business sustainable and a great success.

Can you tell me how the business evolved and grew?

My grandfather immigrated from East Germany to the US in 1929. His father and grandfather were in the schiffli lace business in Plauen. In a short period of time he had established himself as a talented patternmaker. Starting in 1941 his success with schiffli work soon begat a factory in Union City, NJ. In 1960 he decided to move the business south, and Weaverville, North Carolina was selected. My grandfather and father looked at many locations; one of the reasons they settled on Weaverville was because the town offered them nothing (no tax breaks or concessions) and that appealed to my grandfather. ‘Never owe anyone anything’ was his mantra and it became our corporate philosophy. During the 90’s it was unfashionable to spend your own money, so when the economy would stumble, we would gain over our leveraged competitors. In early 1990’s the company was huge in Weaverville, we were employing 400 people at our peak. In 1995 we started our own factory in Puebla, Mexico as a maquiladora. In 2005 we opened a factory in Qingdao, China. My father is now semi-retired. My brother-in-law, Andrew Nagle and I co-manage the business today. 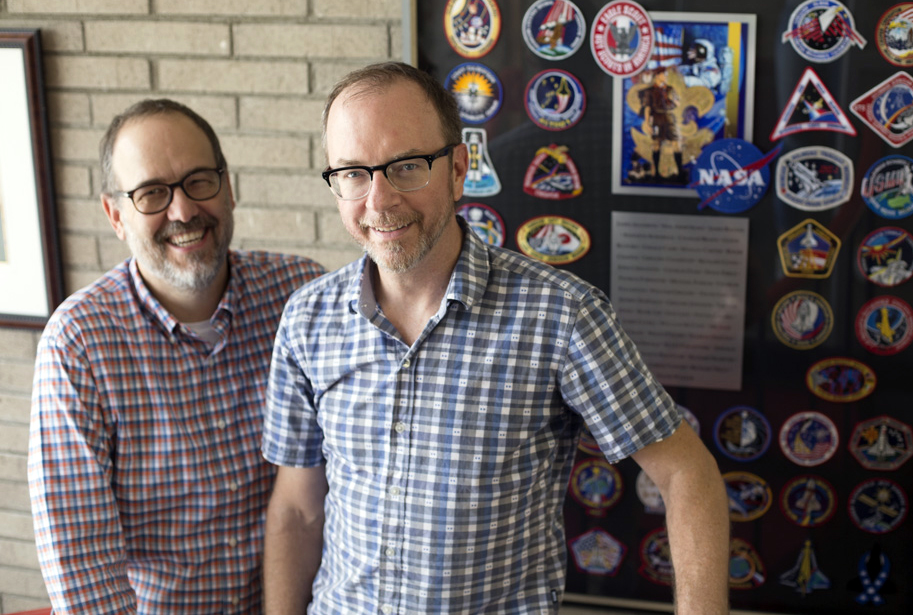 What is your main motto or philosophy for the business?

We have a few:

“Never owe anyone anything”
“Every Stitch Counts” is our ISO motto, and what we preach to our associates
“Tap, tap, tap” – meaning don’t identify a problem and then wreck trying to fix it.
“Helicopters up” – meaning get out of the weeds and look from higher ground when talking strategic planning and visions.
“In God we trust, everyone else bring data.”

How many machines do you operate and what brands? 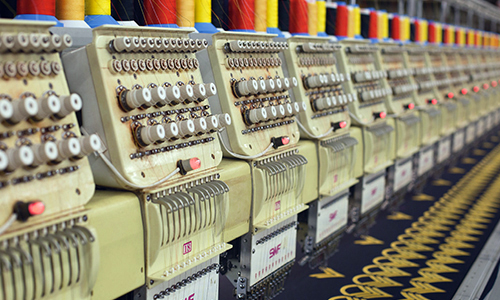 How many employees have you got and what are their roles?

104 at the home office in Weaverville, North Carolina
110 in Puebla, Mexico
94 in Qingdao, China

All three locations have Administration and Design Teams. Weaverville and Mexico have Sales Teams as well. 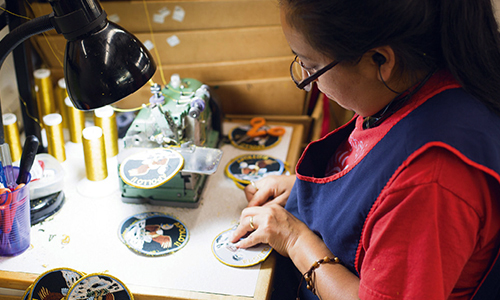 How do you ensure sustainability and being environmentally conscious?

We recycle the usual recyclables and plastic cones. We have a 250kW solar rooftop in Weaverville which offsets ½ of the electricity we use. We’re totally CSPIA compliant – there are no lead or phthalates in any of our products.

How do you ensure the business runs efficiently and with high productivity?

We continuously measure each cost center. Our managers knows the numbers they have to hit monthly, and we review their performance with them quarterly without fail. We don’t hide numbers; we share as much information as possible, so each manager knows what they are responsible for. Our factories’ processes are paid on piece rates. We input all production orders into a shopfloor control tool that arranges the workflow by delivery requirement. We have a robust ISO program and we monitor all important KPI’s. 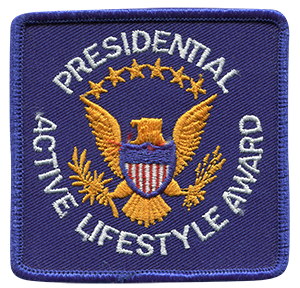 We have been using Wilcom since very early on. I think maybe we started with a very early version like 3(?). In 1985 I went to Sydney when I was 19 and worked at Arcade Badge / Wilcom. I got to spend great time with Igor Klein and the Pongrass family. I remember the programmer’s room where Wilcom was being created. At this point A-B was still using Plauen pantograph punching machines. I learned how to design and punch from my grandfather. In the late 80’s we decided to make our own punch system, and it worked really well! It had a large board and pantograph and even had voice activated functions so the puncher never had to take their hands off the pantograph. We had three of these machines and they were used heavily. Eventually we abandoned this as multihead rendered manual punching obsolete. Our design department moved from pencils and vellum to PC’s running CorelDraw and Wilcom. I think we started with Wilcom in the mid to late 80’s.

How did the company start supplying NASA?

In 1961 my grandfather, E. Henry Conrad worked with NASA (using their new logo), and created the first embroidered patch for NASA aka the “meatball”. Since 1971 A-B Emblem has been the exclusive supplier to the astronaut office, and has held the contract ever since. We make every mission and expedition patch that is sold to NASA. 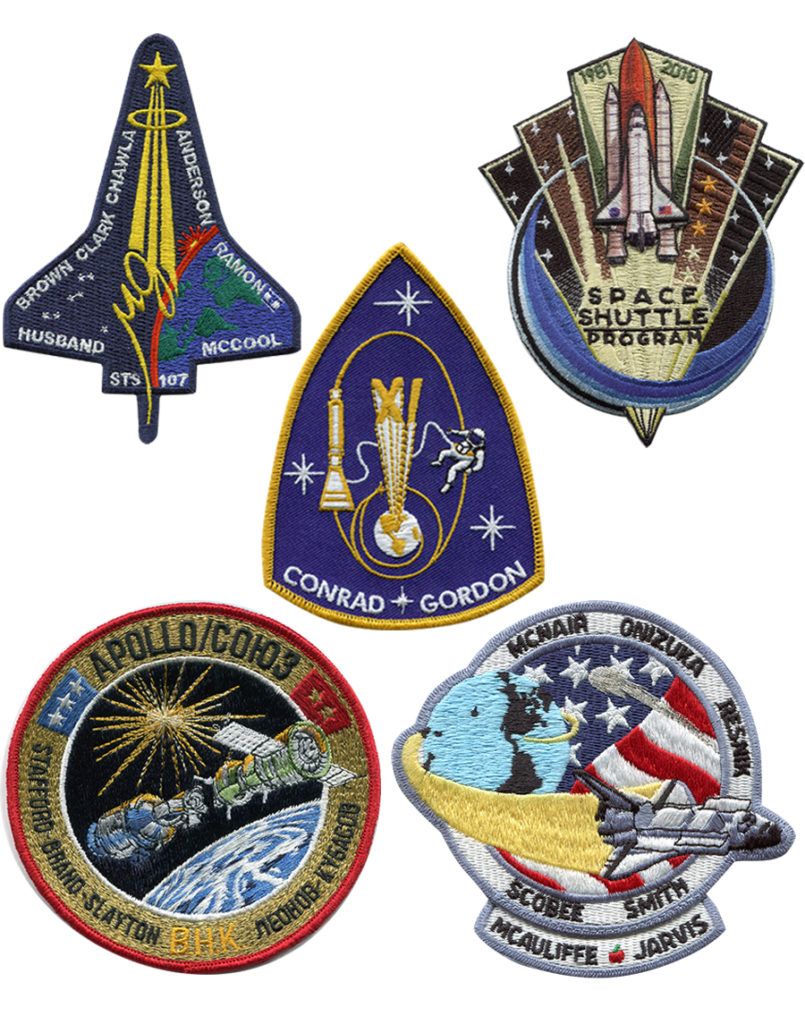 What are the best tips or advice you could give to other embroidery business owners?

It’s simple but often overlooked – you must make sure your managers know what they are specifically responsible for. They have to know what numbers they are expected to achieve, and be given the best tools to achieve them. If this is not ingrained in you (like me), force yourself to get it on the calendar and show up for the meetings. Be transparent with key performance data. For embroiderers make sure your digitizers know how to use the correct amount of stitching, because it is too easy to pack designs full of stitches, thread trims and color changes. Also keep a keen eye on ergonomics – work in process laid out in a logical manner will improve overall efficiency with less effort.

EmbroideryStudio e4 makes the world’s favourite digitizing software even better. It is the embroidery software choice for professional digitizers, custom embroidery shops, industry trainers and educators and apparel decorators, who are serious about commercial embroidery.

Contact your local Wilcom distributor now and have a chat about how EmbroideryStudio can make your business more efficient and productive!